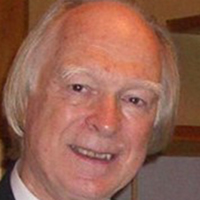 Denis Noble developed the first mathematical model of cardiac cells in 1960 using his discovery, with his supervisor Otto Hutter, of two of the main cardiac potassium ion channels. These discoveries were published in Nature (1960) and The Journal of Physiology (1962). The work was later developed with Dick Tsien, Dario DiFrancesco, Don Hilgemann and others to become the canonical models on which more than 100 cardiac cell models are based today. All are available on the CellML website.
He was elected President of the International Union of Physiological Sciences (IUPS) at its Congress in Kyoto in 2009, and the opening speech is available as a pdf on this page. He was then elected for a second term at the 2013 Congress in Birmingham, UK. He also delivered the opening plenary lecture at the Congress which is also published as an article in Experimental Physiology (2013).
He is the author of the first popular book on Systems Biology, The Music of Life, and his most recent lectures concern the implications for evolutionary biology. To follow the debate on this see the FAQ (Answers) pages on the Music of Life website.
Denis Noble has published more than 500 papers and 11 books. 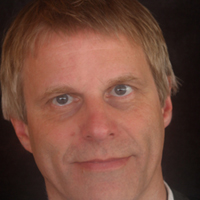 Giulio Tononi received his medical degree from the University of Pisa, Italy, where he specialized in Psychiatry. After serving as a medical officer in the Army, he obtained a Ph.D. in neuroscience as a fellow of the Scuola Superiore for his work on sleep regulation. From 1990 to 2000, he was a member of The Neurosciences Institute, first in New York and then in San Diego. He is currently Professor of Psychiatry, Distinguished Professor in Consciousness Science, the David P. White Chair in Sleep Medicine at the University of Wisconsin–Madison, and the Director of the Wisconsin Institute for Sleep and Consciousness. In 2005 he received the NIH Director’s Pioneer Award for his work on sleep. His laboratory studies consciousness and its disorders as well as the mechanisms and functions of sleep. 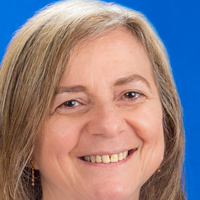 My research program is concerned with the neuronal circuits that control gastrointestinal motility and the mechanisms that govern receptor-mediated responses in the enteric nervous system, the “brain in the gut”, and with chemosensing in the gastrointestinal tract. Currently, the main lines of my research include: (1) trafficking and signaling of G protein-coupled receptors induced by physiological and pathophysiological events with an emphasis on µ opioid receptor, the target of opioid analgesics used for pain control, which mediates opioid bowel syndrome and tolerance, and (2) role of taste signaling molecules in the regulation of gastrointestinal functions and feeding behavior. My group was the first to demonstrate that opioids differing in their ability to induce tolerance also differ in their efficiency to induce µOR trafficking, a process that regulates receptor signaling and function. The findings of ligand-selective and stimulation-dependent µOR internalization in enteric neurons are of importance for understanding the mechanisms underlying intracellular adaptations induced by prolonged activation of µORs, which hamper the use of opioids as analgesics. Furthermore, we have shown that µOR activation exerts a protective effect on acute intestinal inflammation through cytokine and NF-KB modulation. Another focus of my research is on the role of taste signaling molecules as chemosensory receptors in the gut mucosa, which are likely to modulate gut function and food intake through the release of signaling molecules by enteroendocrine cells, with emphasis on bitter taste receptors, a putative side of defense from potentially toxic substances, drugs and pathogens. The recent discovery that taste receptors for sweet and bitter are expressed throughout the body and not only in the tongue has given rise to the concept of a broader role for these receptors beyond “taste”. My lab has shown that taste signaling molecules are expressed by distinct populations of mucosal cells, including enteroendocrine cells, which synthesize peptides affecting motility, secretion, satiety and hunger, and that bitter taste receptors are regulated by feeding and different diets, suggesting they participate in the functional detection of intraluminal content and they serve as regulators of diet-induced responses by detecting changes in the microbiota.